Mas Tnega wrote:You get a free copy of a game you'll likely be sick of and an invitation to what might be a nightclub's basement in East London. If you're *really* lucky, the toilets will be fit for use and a lady in a fluffy dress won't inform you that your stuffed toys need to be better fed. 50% success rate in my experience, others may report something a lot higher.


Man, I didn't even get that much, being on the wrong side of the Atlantic and all. :(

Xocrates wrote:I'm pretty sure our beta keys got revoked and we had to buy the game anyway.


Well, my steam version of the multiwinia beta gives me a "version revoked" error and the non-steam one seems to be using the retail key, so that seems to be the case for multiwinia

Well there's beta testers and then there's beta testers, ne? Like, there's the people with access to a beta version that they are just expected to play, and like, let the included automated error reporting tool report any errors, and there's guys who have to set up batch files for stress testing. I actually thought that beta testing - the kind that is work - is a paid position? Not very /well/ paid, mind.
Unemployed artist. Woo.
https://picasaweb.google.com/1039592858 ... 49/Gallery
https://picasaweb.google.com/1039592858 ... BoyAndBook
Top

bobusdoleus wrote:Well there's beta testers and then there's beta testers, ne? Like, there's the people with access to a beta version that they are just expected to play, and like, let the included automated error reporting tool report any errors, and there's guys who have to set up batch files for stress testing. I actually thought that beta testing - the kind that is work - is a paid position? Not very /well/ paid, mind.


IV is a very small software development company. They cannot afford to pay their beta testers. IV's beta testers are expected to work, with the only compensation being an invite to a party and a free copy of the game. Maybe. Larger companies sometimes pay beta testers, but you cannot seriously expect that from a small indie developer like IV.

And yet some testers don't even get the free copy? THAT MAKES ME SO ANGRY 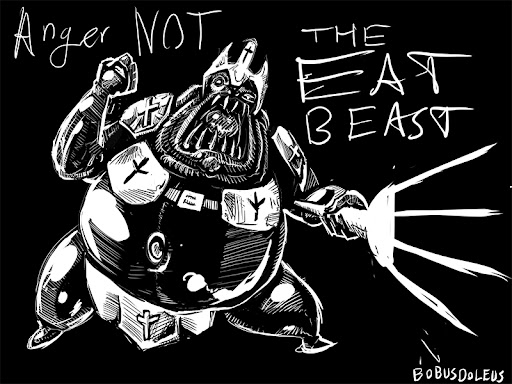 Nah, kidding. How many hours did the whole testing thing take up?
Unemployed artist. Woo.

bobusdoleus wrote:Nah, kidding. How many hours did the whole testing thing take up?


A lot? Some testers worked hard, others did not. Jelco already mentioned that he ran Multiwinia for 14 hours straight. I, too, spent a lot of hours watching the AIs fight it out in Defcon and Multiwinia, and a fair number of hours tracking down bugs myself. Other testers, however, were lazy, and didn't do much of anything. I don't think most of them remained beta testers for very long.

jelco wrote:Thank you for grasping the idea that testing is actual work. It's plain annoying to see 2/3rds of the people who signed up eventually just go quiet once they realize this - sometimes they complain a little first that a non-playable version 'isn't worth testing'.

huh. I just though it was for feedback and such. I'll think twice before signing up for the actual beta tester list.
Top

Stop that, you're getting the thread back on topic!
Top

jelco wrote:Yeah, launch parties are fun. I distinctly remember when zach, Xarlaxas, Hugh and I were getting a cab at the end of the night, a druggy was trying to convince us to give him money (because he needed to 'go to the hospital') by showing the gaping wound in his arm - don't think I've ever seen someone go quite as far as stabbing yourself to beg for money. It at that point became apparent that all the screaming in the background perhaps wasn't all drunk hysteria. (Not joking here by the way, that was the actual night in Shoreditch.)

I remember Xarlaxas telling me that story, although I distinctly recall him starting with either you or zach saying something on the lines of "London can't be all that bad".
Dear IV, please make the columns line up.
Top

Mas Tnega wrote:I remember Xarlaxas telling me that story, although I distinctly recall him starting with either you or zach saying something on the lines of "London can't be all that bad".


Heh. I don't remember that, but it sounds plausible I said that.

As far as the amount sunk into testing goes: it's important to realize the test goes through different phases. The batch runs I described were the HWC (dunno who came up with that abbreviation but it's the Hardware Compatibility test, i.e. non-playable alpha). This mostly collected data about the wide variety of systems it was run on, and if the tester in question was watching from time to time there could be the occasional bug being spotted or crash to be blackboxed. Once this was done we moved on to playable beta versions, with the testers being selectively divided into groups that each got certain game modes to test. For me personally this turned into hours upon hours of playing the game; especially when you're trying to replicate a bug by playing the same game configuration over and over, this gets quite repetitive. This results in reporting of bugs and submission of feature requests, along with discussions about certain design choices.

Of course it's not all bad. Although I can't really remember exactly which features they were (and I'm pretty sure the NDA officially still prohibits me from telling if I did) there were quite some important additions to the game which were suggested during testing and were eventually refined and implemented by IV. For me personally there was some testing going on with Dedwinia and/for the Ladder as well, which was a whole project by itself and incredible fun to do. So yes, there's a lot of contributions you can do and in the end there's definitely things you might be able to point out and be proud of to have contributed to. It's just that to get to the fun stuff, there's a lot of work that needs doing that's more on the repetitive and boring side of the spectrum. Doing that part of the job well raises others' opinion of you and gives you more (unofficial) priveleges within the testing group.

Obviously a lot of bigger companies make QA positions paid, precisely because there's such a grinding element to it. This, however, is a small company where outside of the free copy, the launch party and the small bit of community recognition there's not a lot you get for it. For some people this is enough, for some it isn't. It's also entirely true that people who take their testing seriously spend so much time playing the game that they'll be fed up with it afterwards, which is definitely something you'll have to be prepared for. I personally just really enjoyed testing in the past because it really felt like we were a small team helping build a game. The early access to a buggy version of the game is a nice bonus, but not the main goal. Then again I'm the kind of person that devoted half a year to coding something like the Multiwinia Ladder, ran community contests etc.

Xocrates: Perhaps the Steam key was revoked, but the game key associated with it probably wasn't. I had one Dedwinia running on my beta key and one on my Steam beta key, all the way until the end when I took them down.