From the description of this mod:

Didn't read that, then it should work.

Normally multiple mods that use their own sprites.png aren't compatible with other mods
Top

The reason I've deduced that sprite mods are not compatible is because of the x,y,w,h method the game uses to assign sprites. What dsdude123 has done is use Gary's sprite sheet and just added onto it. That way when the Computer mod overwrites the sprite.png file, Gary's xywh coordinates still work.

What we really need to do is start a master mod community sprite sheet that all modders add their sprites to and use in their mods, so that all mods will be compatible with each other, and there will be multiple sprites accessible to mod developers.

In fact, I'm kind of surprised that modders with multiple mods under their belt that use sprite sheets haven't already made a master sprite sheet for their personal mods so at least their owns mods are compatible with each other.
Top

knoest26 wrote:The ability to use multiple sprites will probably be added next Alpha so I'm not gonna go through that effort

Hopefully you're right. I'd hate for it to be something that would require a huge rewrite making it postponed for a long time, or simply never implemented.
Top

Matthijs wrote:Only the vegetable patch mod. I deleted the file room because it caused my workers to be stuck on 'moving none to storage', after deleting the file room and selling all the printers the training computers are visible again.

A bugfix has been released to resolve the storage issue.
Top

Here is some info regarding version 1.3:

The new printers have the same function as the standard printer. However, the large printer produces more "Collect Document" jobs and the advanced printer produces even more but also cuts the time to perform the job in half. These printers can be unlocked via the "Advanced Printing" research. 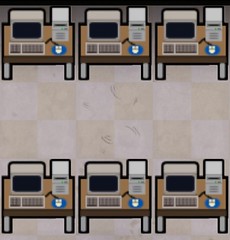 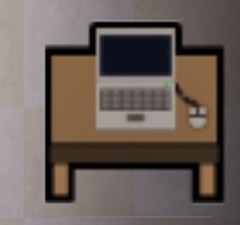 Another new addition to the mod are laptops. These are the cheapest machines in the game and reduces the need for family and recreation at an even lower rate than the economy computers. Laptops are great for new prisons with a lower budget or for use in areas outside the computer lab.

Two new contraband have been added to the File Room and the Computer Lab. The printer ink can be detected by dogs and the pornography is as hard to discover as the documents. As for an explanation on why the printer ink is a luxury, the concept is that prisoners could steal printer ink to be used as a tool for writing.

Could you add a download link for Non-Steam Version?
Please
Top

Version 1.3.1 has been released. This version is a bugfix to resolve an issue where prisoners would only use the computers for a short amount of time.
Top

Any new updates? Maybe you can add laptops or router etc.

Here is some info regarding version 1.4:

The thin client provides a cheap way to satisfy a prisoners family need. Being cheaper than a computer, the thin client does not provide the recreation need and is solely for communication purposes. 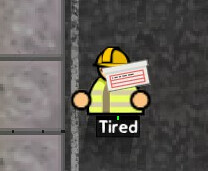 When workman collect documents from the printer, there is a chance that an exportable box of documents will also spawn. Each box will be exported for about $30 each.

Contraband Updates:
Some of the contraband have been updated to better reflect realism. We don't need prisoners digging out of prison with a document!

The Future:
As you may have noticed, it has been quite awhile since there was a past update. Unfortunately, I tend to get very busy with things and end up not having time to work on this mod. There also have been times where I don't have interest in working on the mod (burnt out is a proper term for this I guess?). Regardless, this mod is not dead. I will continue to create more content for this mod however you should expect to see less frequent updates.
Last edited by dsdude123 on Sat Jul 15, 2017 5:04 am, edited 2 times in total.
Top

Bugfix Version 1.4.1 has been released. This bugfix corrects issues with how Documents are processed as well as other improvements to the export system. Improvements were also made to the Basic Computer Classes which had some values set to high.
Top

Bugfix Version 1.4.2 has been released. This update removes the requirement of processing Documents in a Filing Cabinet before being exported. This change was made due to a bug where the exports would spawn in the corner of the map for no reason. All Documents produced by the Printers will immediately be exported now.

ATTENTION! ACHTUNG!:
If your prison has Documents, OldDocuments, or DocumentExports stuck in the corner of the map and your workman are unable to move them, then your prison save file needs editing. Please see the discussion on the Steam workshop page for instructions.
Top

Hello all, it's been awhile hasn't it. Version 1.4.3 (Service Release 1) of CAMM is now available. This update contains the following changes:

In other news, I need your feedback! There have been some plans to create expansions for CAMM that would be distributed as separate workshop items that require this mod. These expansions, which are designed to reflect on the "and More" part of this mod, may include planned and unplanned features such as video games, sensor systems, fire alarm systems, and more. Your feedback is needed to decide on what features to work on if any at all. If you have time, please fill out this survey: http://goo.gl/forms/ljNnBvlm6p

Lastly, here is a sneek peak of some new sprites for Version 1.5, can you guess what they will be for?