One of my Legendary inmates just threw a violent fit. A big fight started and he got a truncheon from a guard. Meanwhile a janitor was trying to deliver a clean uniform to the cell opposite. So a guard - who was being hit in the face with a truncheon - suddenly stopped fighting and left to open the door for the janitor.
Back to fighting with the inmate dishing out pain in a fair and judicious manner, without preference and all guards bleeding equally. And the same guard suddenly stops fighting and goes to unlock the door in the cell opposite to let the janitor back out.

What a very polite and considerate guard.
Top

Was the guy in the opposite cell who needed clean clothes named Scott Jerrom? He's a very important prisoner, and the warden caters to his every need.

He ran his own parole hearing in my prison: This thread made my day two days in a row.

He also instituted the dummy program. My staff now makes sure every cell gets a dummy. All we did was clone his cell.

Now I've seen it all. DeathRow inmate Pennington joined the Board that turned down King's appeal.
I missed capturing it as King was sitting there as I didn't realise what was happening at the time. It was only when King left, with his little head hanging down in sadness that it dawned me on what was going on. 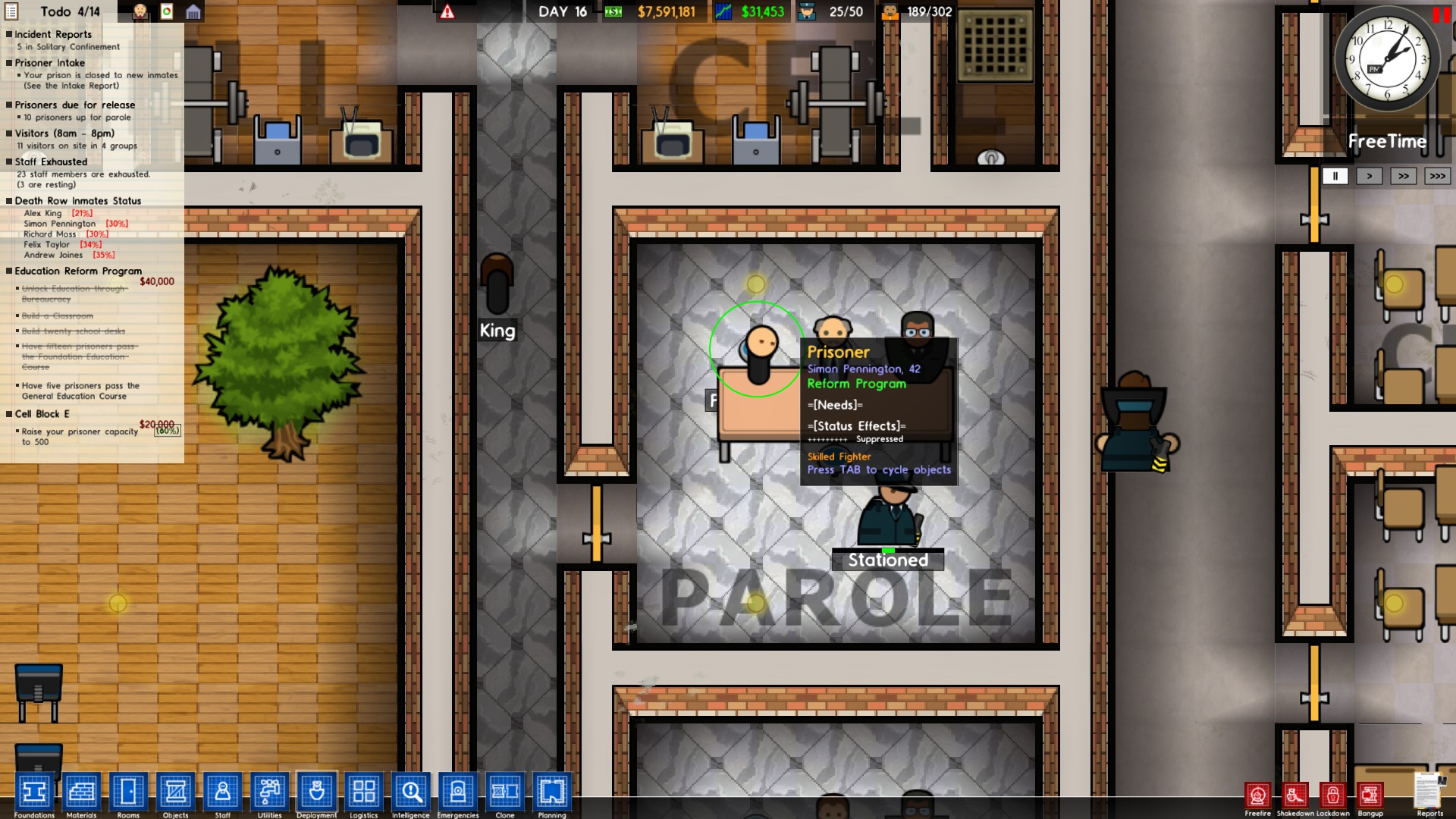 Is that tree indoors? Trees shouldn't be placeable on floors...
Top

I tried placing a tree and it worked. So I decided to prettify the execution chamber. And also turn the holding cell into a dense forest.
Top

Huh, you can place trees inside? Time to pretty up my staff room.