It would be very nice to select multiple items when one is cleaning out a big room. The canteen, for instance, with 25 tables, 50 benches, serving tables and what have you, it takes very, very long to clear out.

Shift+click or "any key"+click on every item and the press dismantle works for me. But being able to select everything while dragging the mouse over and the "any key"+click the items that should stay would be better

Maybe put an option in if the lights should be selected or not. Usually I just destroy them, but maybe that's just me.
Top

I think that is what the intention was for with the Dismantle Object button in the Objects menu. While it wont clear the room in one click you can click and hold down the mouse button and drag it over everything in the room.
Top

It's a nice feature, but it dumps everything instead of dismantling it.
Top

I just tested it on my end on a bunch of visitor tables, a cell, and your example tables and bench in the canteen and all were dismantled. Maybe you have come across a bug.
Top

I tried it again just to be sure and it does dump everything on my end. You might be right that it's a bug.
Top

Wusiwyg wrote:I tried it again just to be sure and it does dump everything on my end. You might be right that it's a bug.

Are you certain the dismantle tool from the objects menu is dumping, and not dismantling, objects? That is exceedingly odd behaviour and beggars belief. Just to confirm, the following sequence of screenshots is what you are doing?

First, select the dismantle tool from the objects menu. 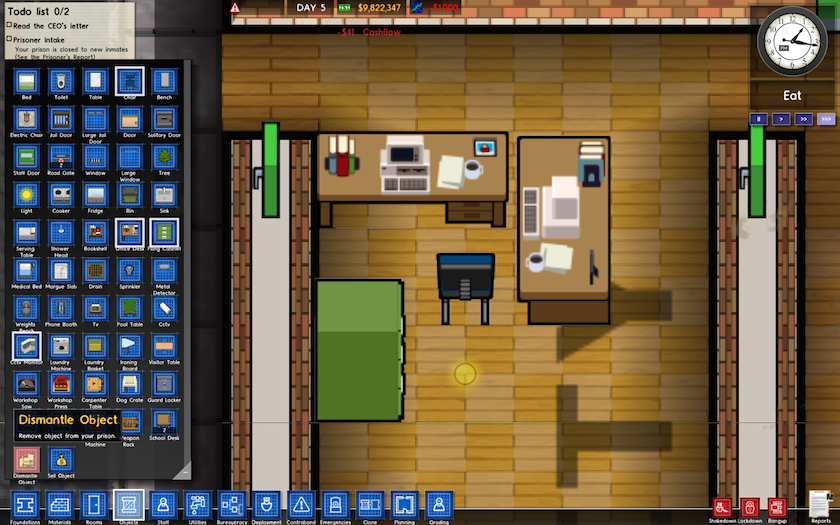 After you have selected the dismantle tool, note that when you mouse over an object, the bulldoze icon is shown. 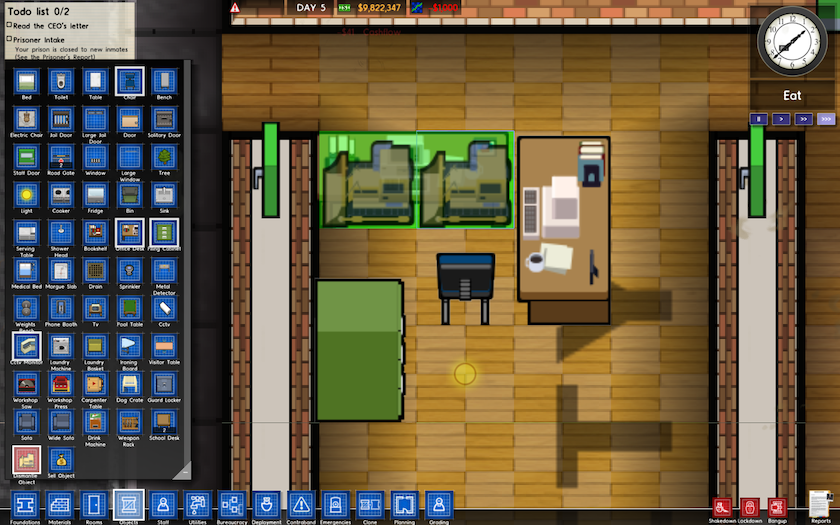 Click the object, and a dismantle object job is queued. Eventually, a worker will come by and dismantle the object. 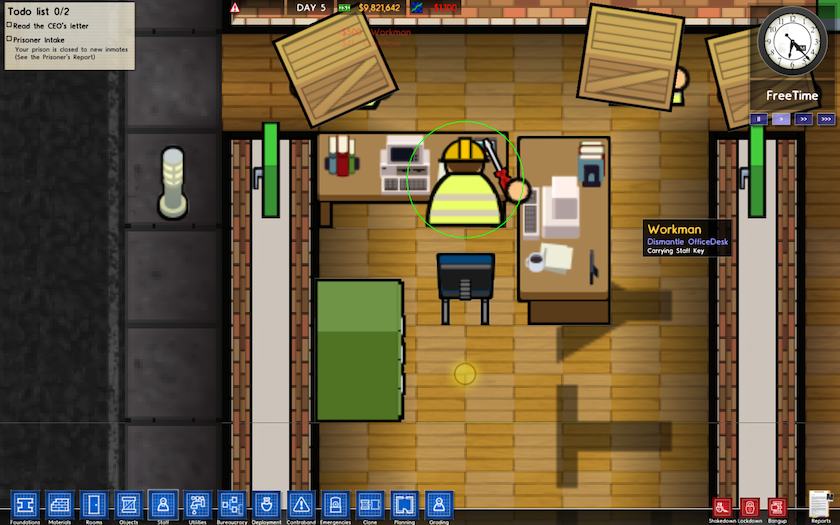 The dismantled object is boxed up and a job to move the box to storage is queued. 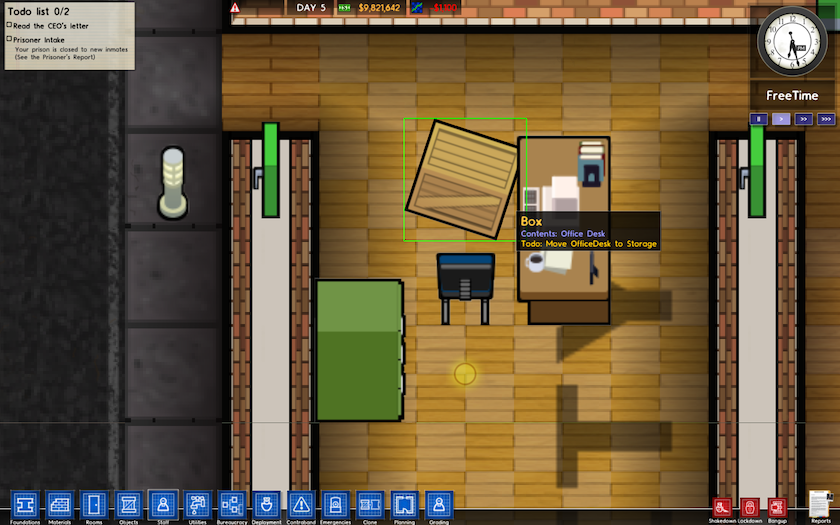 xander wrote:The dismantled object is boxed up and a job to move the box to storage is queued.

oeww, a look into a xander-style prison. Right side of the road, interesting choice
Top

knoest26 wrote:oeww, a look into a xander-style prison. Right side of the road, interesting choice

The prison is on the other side of the road. The administrative offices are on the right. ;)

Are you sure you just can't see the objects in your storage? Because when I used the dismantle object tool on several school desks, they were definitely dismantled (as I now had 5 available to build as shown by the Objects menu) but they were no where to be found in my storage area. Regardless, the dismantle object tool is definitely working for me, both by clicking and dragging on several objects and by selecting just one object individually.

Do you have the latest version, by any chance?
Top

Hmm, it seems that I just the "Clear Indoor Area" instead, so this is just a case off me being blind I guess

Thanks you all for helping out, very much appreciated