by Lazy Joe
I have observed two things that I would like to discuss more about.

Some type of staff, mainly guard and cook from what i have seen sofar, don't take enough time to rest. They come in staff room, only rest for a short moment, pretty much only one or two seconds, and then leave again, and get tired pretty soon again and come back just to rest for another few seconds.

I find this way of resting quite inefficient because they waste time running back and forth instead of fully recover their stamina.
Anyone else having this issue? Any fix?

I currently have three infirmaries in my prison. The first one i built being the biggest, two smaller one for staff only and for super max security inmates. The problem i'm having now is, all the doctors (5), hang around in only one infirmary, the main one.

I have all the troublemakers put in super max sec and have one dormitory built just for them, and give them full lockup. They don't get food or anything, basically i'm just waiting for them to start to riot which gives my guards an excuse to shoot-to-kill.

But also sometimes, they just starve too much and fall unconscious. When that happens, they will be dropped into the smaller infirmary. If that infirmary gets full, they will also be brought to the bigger one and get treat there. But no doctor will bother come over to take a look at the smaller infirmary which is right next to their cell. Only if i manually call one over. So quite some of them just died from starvation while lying in the bed unattended (((which is just what I want, the whole idea is to get those fellas killed))).
So what exactly makes the doctors choose which infirmary they want to be stationed in? It seems the cooks handle this problem pretty well when it comes to having more than one kitchen.

by Roytulin
My guess is that the cooks use an algorithm associated with logistics to distribute their number by some metric. Since infirmaries cannot be managed under Logistics, the distribution of doctors is likely random or biased.

by RobloxManlyTom
I have a case much worst than that. 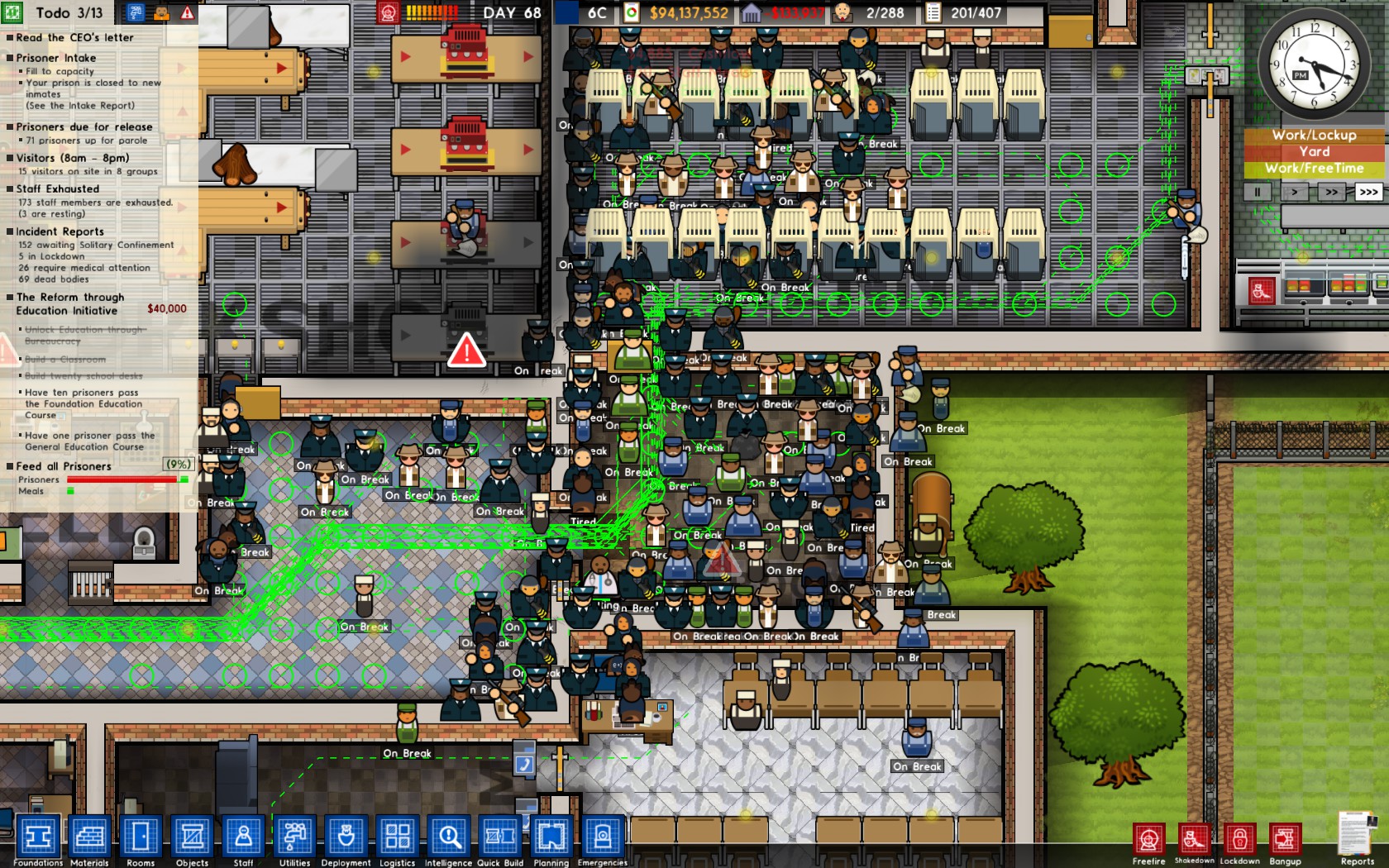 and its not just the staff