The place to hang out and talk about totally anything general.
Post Reply
17337 posts 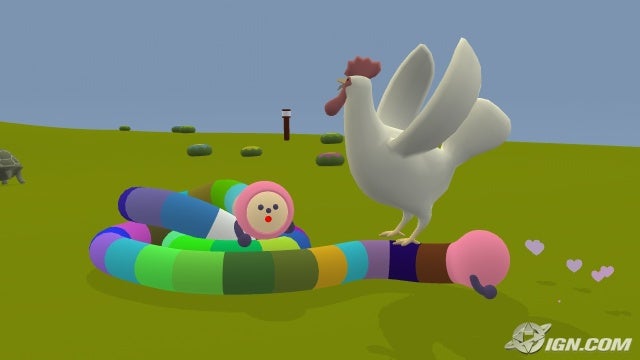 what the...
Creating world peace- one nuke at a time.
Top

What the shit.
Top

That's just wierd.
One to two weeks to get to the 'moon' ?
Just looking at the screen, stretching some wierd snake with a friend...
Creating world peace- one nuke at a time.
Top

It's by the same guy who designed Katamari, so I'll give it a try. I only with they gave us the first Katamari game in Europe.

Rkiver wrote:XP, like most 32bit OS can utilise to about 3.5Gigs of ram, give or take.
It requires 64bit to use more.

While with XP the virtual adresses it will use is 2 gig. Maybe where I was thinking max physuical ram was 2 gig.


So, finally got the last set yesterday, 3.37 is the grand total.


I never understand the usage of the word "same" in this kind of sentences.

What's not to understand? How do you interpret it?
Smoke me a kipper, I'll be back for breakfast...
Top

I understand what the sentence means, I just don't understand why you need to use the word when writing it. The sentence makes perfect sense without the word. In fact, it seems gramatically incorrect, since "same" implies you are connecting two things as being one - that doesn't work when you only mention one of those, in this case "a guy".

It seems to be a result of throwing together the sentences "It's by the guy who designed Katamari" and "It's the same guy" (in a context where the Katamari designer has been mentioned previously).

Jelco
"The ships hung in the sky much the same way that bricks don't."

It's there for effect.
Dear IV, please make the columns line up.
Top

And it's there for those that would say "the same guy?!?". Hehe.
Smoke me a kipper, I'll be back for breakfast...
Top


Mas is basically correct. In that context, "same" is used as an intensifier, and also serves to reduce ambiguity.

Gone and booked the holiday for our second anniversary.

Lovely lodge hotel, jacuzzi, nice grounds, and a gaming convention on while we are there in the local University.

Geez, haven't been here for AGES!

Though that might be something to do with school being finished and my house having no internet and the slim chance of there being internet at my home anytime soon due to Prime Minister (Chairman) Kevin Rudd's broadband plan going down the toilet. Oh well...

I dont know if the following has been mentioned, but it's worth mentioning again.

The Australian Federal Government is pushing forward with a plan to force Internet Service Providers [ISPs] to censor the Internet for all Australians. This plan will waste tens of millions of taxpayer dollars and slow down Internet access.

Despite being almost universally condemned by the public, ISPs, State Governments, Media and censorship experts, Communications Minister Stephen Conroy is determined to force this filter into your home.

Go to www.nocleanfeed.com and TAKE ACTION!
Also go to www.chairmanrudd.com for more info and some humour.