The place to hang out and talk about totally anything general.
Post Reply
17334 posts

Feud wrote:temp in the 30s


So are you complaining about the heat or the cold

That's only because we're reading your posts.

Heh, says the guy in mildly above average-lanta.

Hey, it's really beautiful here this time of year (yay for color changing trees!) and the weather has been really nice, temperature-wise, recently.

I'll take some pics if I can sometime this week. For now, just know that my drive away from home an into the parking deck at work (as well as a bit here and there along the way) is gorgeous! This morning, everything had that 'refreshed from the light dusting of rain while the sun was shining' look to it. Awesome.

A friend of mine said one time that Atlanta is like a city growing out of a forest. I agree.
Smoke me a kipper, I'll be back for breakfast...
Top

Double post... Just a couple of pics from my drive to work. 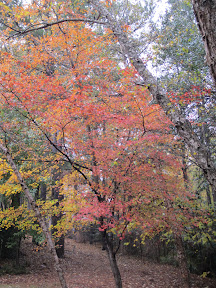 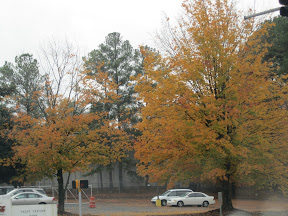 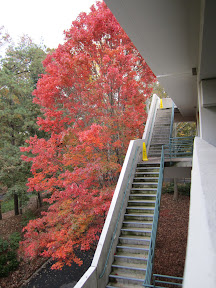 I like the bit with the trees in. And the orange. Those were definitely my favourites.

On the theme of drives to work, here's some views I have along the way. Much more blue:

Highway to the danger zone...

My friends in the Air Force are pretty amused by this. The operative words here being "attacked" and "fired", not "hit" or "destroyed". Nice shooting ace.
Top

After reading a few threads with replies by koshensky.

It's 2am and I have an overwhelming urge for a pastie.
And yes, seriously, I have some Ginsters defrosting in the M/wave right now.

So thank you for that, and for tomorrows gas.

Bah! I want to go see Wreck-it-Ralph, but there isn't a single non-dubbed version in any theater/session I can go to :/
Why do they keep doing this?

And in other unsurprising movie news, this misses the point completely:
[youtube]HcwTxRuq-uk&sns=tw [/youtube]
Top

On one hand, I liked the book, and that is not the book. But on the other, I don't know how you'd make the book into a movie without abandoning its format.

Further, Max Brooks writes entertaining books, but his advice is terrible. Not from a made up zombie perspective, but it's genuinely bad, and doesn't make a lot of sense even using its own internal logic. So, I don't mind some changes to clean it up some.

Also, it does look pretty entertaining, not the usual gornography that many zombie movies turn into.

On the down side, Brad Pitt works for the UN, and I'm not thrilled about them being the heroes. That's not how it was in the book, for what it's worth.

The trailer does look pretty cool. It just doesn't seem to have any connection with the book. So I'll assume they slapped the title on it to draw a bigger crowd and prevent other companies from making a movie based on the book.
You're so vain, you probably think this sig is about you
Top

Search function is unavailable because of high load? Since when do people on this forum use the search function?
You're so vain, you probably think this sig is about you
Top

There's a lot about this movie that I can talk about, but I think the movie's schizophrenia got to me the most. It switches between some quasi-philosophical monologues, numb-minded action, attempts at character development and horror - and it manages to pull none of these off to quite the extent the creators seem to think it does. Especially the torture scenes (that seem like hand-me-downs from Hostel) seem incredibly out of place compared to the rest of the content. There is a scene where someone's eyeball is hanging out of its socket after severe beating with a whip, before being chained, gagged, doused in gasoline and subsequently set on fire - considering that this movie also contains some sex scenes (some with zero emotion, some with drug-induced threesomes) and scenes that pretend to be borrowed from some Japanese shroom-DVDs, you have to wonder what idiots were in charge of writing this that though this would all be compatible with each other. And then there's the plot: it has some twists and turns in places where they wouldn't traditionally appear which for the most part can be forgiven because of how these are picked up. However, the end of the movie attempts to pull a fast one on the audience by going "actually these past 10 minutes didn't happen so now we're going to rewind and show you what actually happened" in a way that makes the whole fake ending completely unnecessary. They didn't even attempt to cover it up in a clever way (e.g. by calling it a hallucination or something like that) - the narrator literally says "that didn't happen *rewind* this did". Although there is a minor element of surprise in the 'real' ending, it doesn't in any way justify putting your audience through 10 minutes of mediocre acting which serve no purpose to the story itself.

Overall I got the feeling the creators think they are very clever when in reality they don't understand what actually makes a movie clever. This movie can basically be summarised by summing up its failed aspirations: the mix of sex, gore and drugs is a very poorly executed replication of Pulp Fiction, the 'philosophy' feels like a misguided jab at Easy Rider and the plot tries so hard to be like The Usual Suspects it forgets to do its job.

Final verdict: not worth the watch.