The place to hang out and talk about totally anything general.
Post Reply
17334 posts

Sword art online is a great blend of romance/action anime, for those who like that kind of thing. Its based around mmorpg culture and online romances, as well as the usual Japanese weirdness.
Top

Maybe not everyone's kind of music, but I'm sure most of you will love the show. This is where I spent my Saturday night (and Sunday morning).

(This cuts to the chase a bit faster if you don't care about lengthy intros.)

I feel detached from this forum :/ Perhaps I should actually go and buy PA then >_>
Top

Traded mine in, but was thinking of getting it for PC. Thing is, Every time I think of returning to that world, I put it off for another couple of weeks. Mind you, had Dishono(u)red since release and haven't played past the first ten minutes; so many games so little time...
Top

Meh, just get some Legos and people to build with.

Super Mini Lego Cars. I started, the kids got 'inspired'. Was lots of fun.

Here's one: (link above for all) 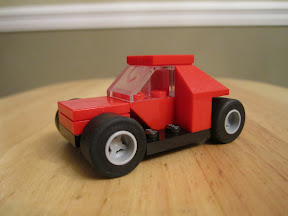 I think that's quite speculative, however I do have some interest in knowing if that actually solved the problem.
Dear IV, please make the columns line up.
Top

Causeless wrote:This post is needed for the PM system.

New coalition formed in the Netherlands. Several questionable decisions in the deal, but all in all the most concerning: raising the drinking age from 16 to 18. Somehow politicians believe underage drinking problems can be magically solved by changing laws which by definition of the phrase "underage drinking" people don't stick to in the first place. You'd almost forget this is the country that has basically proven the value of softdrug legalisation.

How could they not see that this would cause huge issues... At the very least, every 16 and 17 year old who could previously drink, suddenly can't. In addition, every 15 year old who was just about to be able to, will be full of resentment (especially if you were like me with a birthday at the end of the academic year).

Underage drinking will become a massive problem for atleast 3 years until those age groups become old enough to legally drink, at which point it'll be far too late to stop it because it will be engrained in all teenagers mind's that they will drink irrespective of the law. Silliness.
Top

Gah, I hate it when countries think they can solve an "underage" problem, by raising the age limit further, it just does not make any god damn sense.
Top

So, now's the time to start planning the party for Dec 22nd, after the Non-pocalypse.
Smoke me a kipper, I'll be back for breakfast...
Top

That would only leave two days to buy Christmas presents.
Dear IV, please make the columns line up.
Top

Surely we've got Thanksgiving to deal with first?