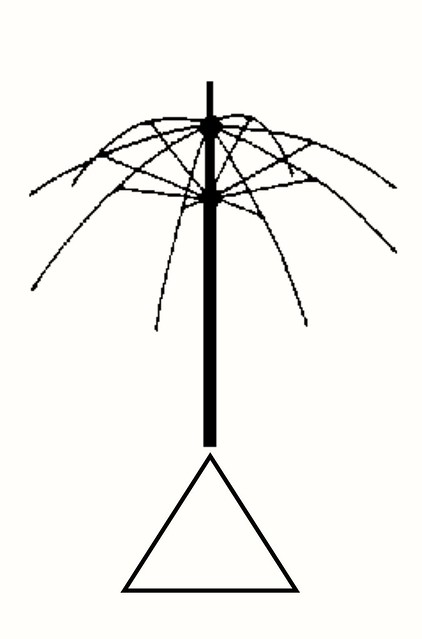 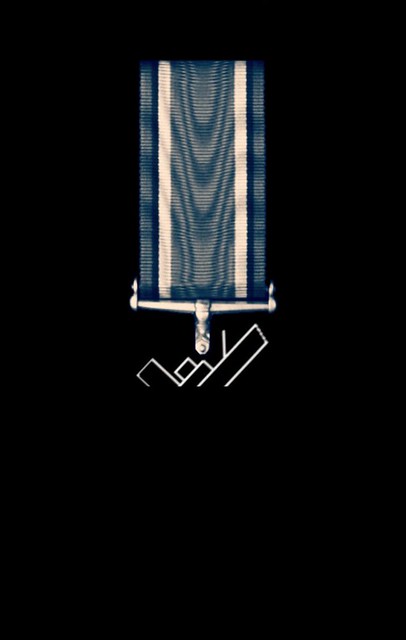 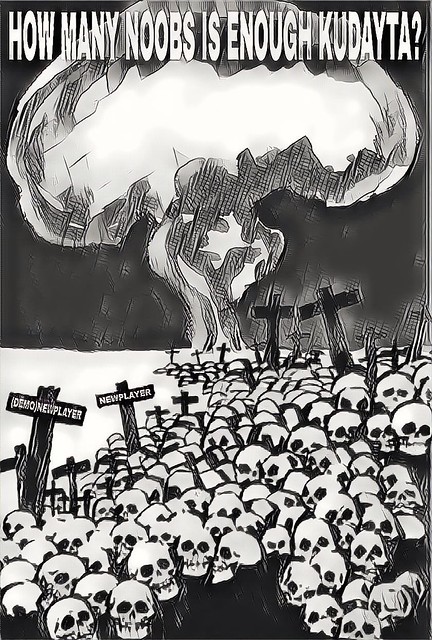 
This took a very long time for me and I kinda lost my way a few times. Kudy was both a big supporter of the propaganda both in public and in private, and I will always be grateful for his support. The idea behind this propaganda ? 500 wins on Asia Vs Russia....how many noobs is enough? 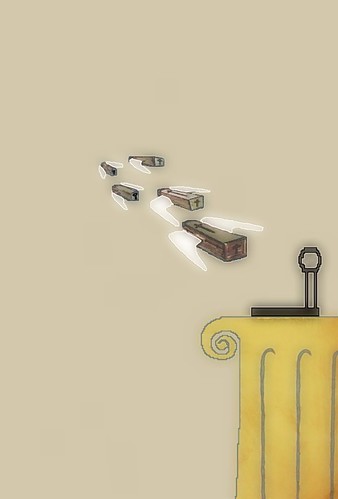 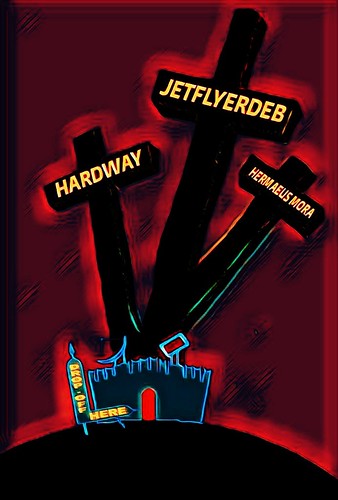 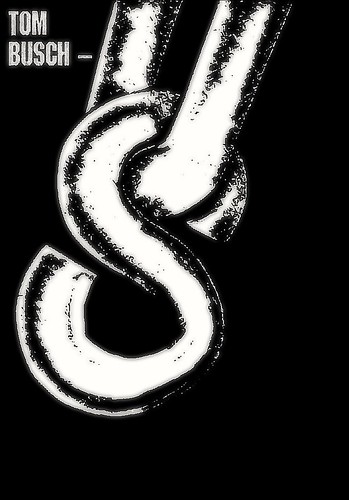 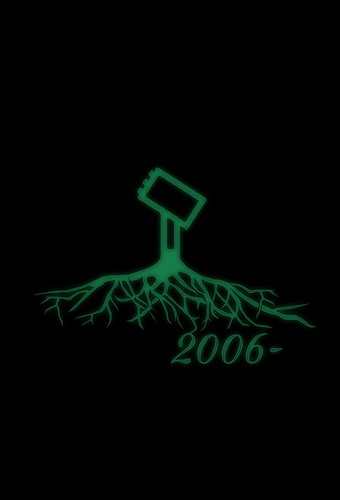 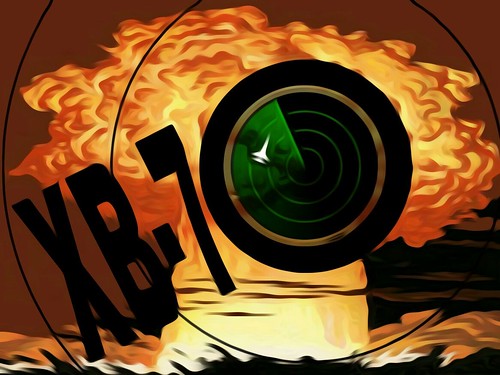 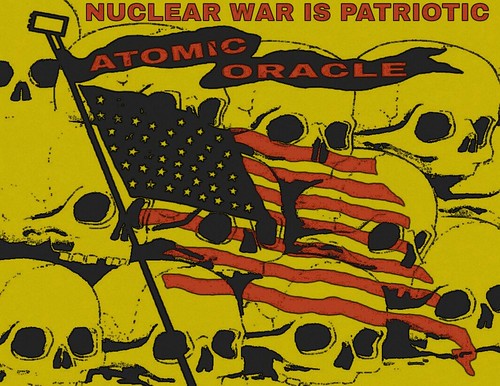 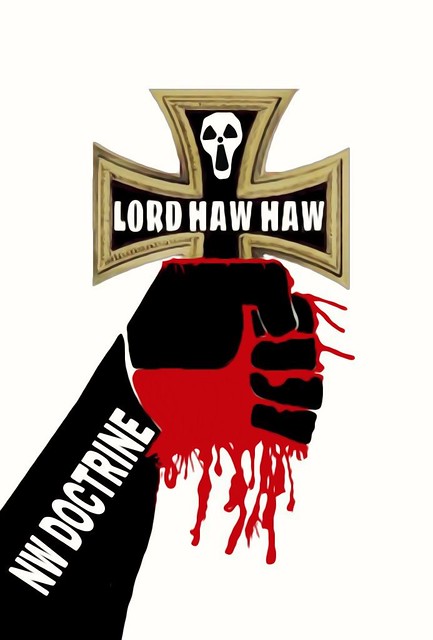 
This really happened, It was a while ago, but I remember that game and this is how it felt playing NW 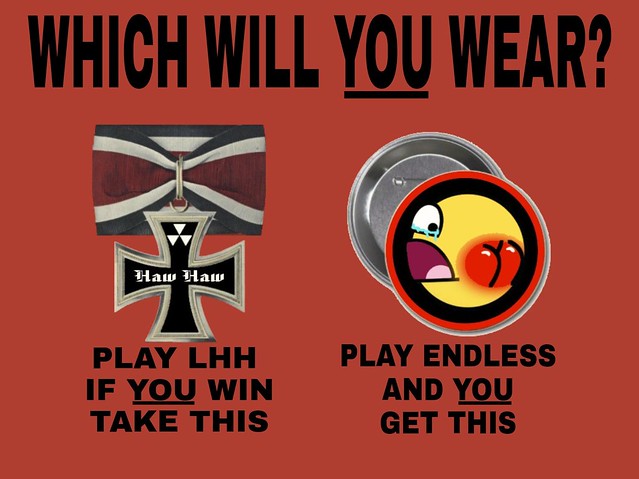 
Now this also really happened, This comes from my very first introduction to Endless, playing dip. Diplomacy games in those days were harsh and cruel, total noob bash. 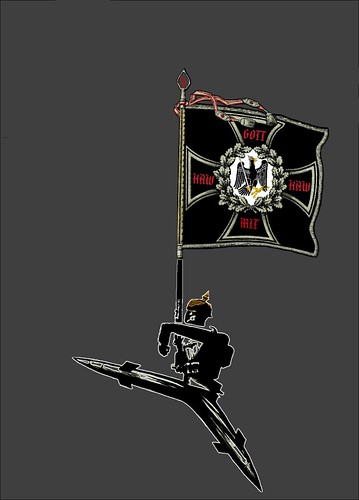 Excited to see your franchise of great artwork updated!All full of inspiration and creativeness,thanks for making our community more colorful!

Plus are there artworks for Baton,Cake,Beni and Rad?
Top

NW Doctrine wrote:Excited to see your franchise of great artwork updated!All full of inspiration and creativeness,thanks for making our community more colorful!

Plus are there artworks for Baton,Cake,Beni and Rad?

Apologies,I didn't want anyone thinking I ignored nw, I replied to him by email.

So I have two more posters that I will post soon,then that will be the end,with regards to this style of propaganda. 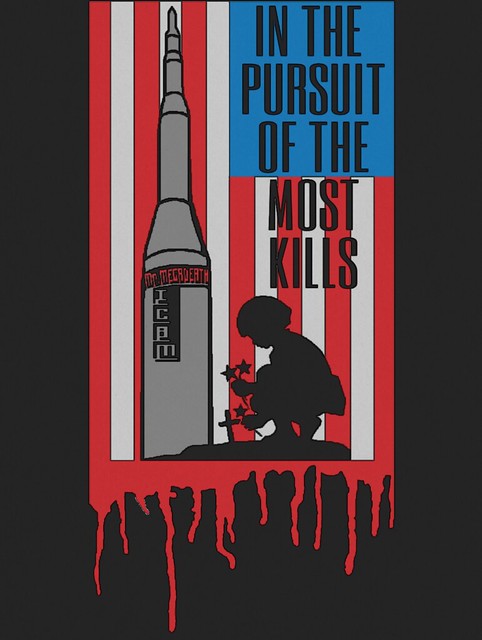 Pursuit of the most kills updated by Lord Haw Haw Defcon Propaganda, on Flickr ][/img]

I updated this with larger text. 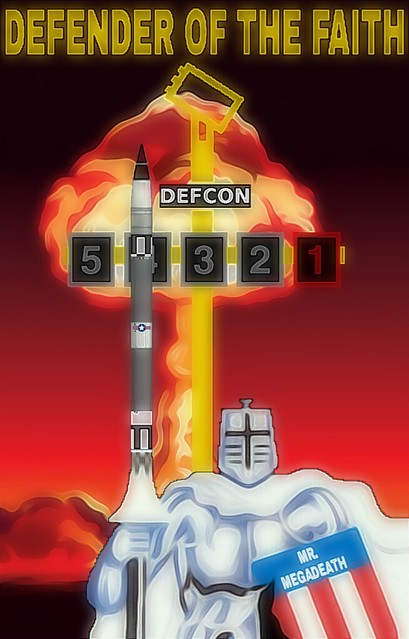 Defender of the faith by Lord Haw Haw Defcon Propaganda, on Flickr ][/img]


When we started group 6,I become a server admin like Bert,Senator,Zoratama,CZA,
Endless and Kudayta. Now as in the past server admins are clothed in immense power. We recruited new admins and Mr.megadeath was one of many defcon friends that joined us.

I personally believe that defcon allows mistakes,but as long as you are generous and true we can not hurt or ever seriously distress her,defcon can survive it's fools,it can even survive the ambitious,but it cannot survive the traitors.
Server admins force adherence to defcon tradition and fair play,through the power of the server ban. The server ban has been wielded by many admins in game swiftly and harshly! Many a player have bended knee to the will of the admin to keep playing on the servers.

Privately I will admit,I was not prepared fully for the traitors, and the traitor whom I think of most. Is one that thinks when he uses the nickname that we all knew and loved him by, he is entitled to a fair match and that if he should win he has the right to come to the forums, brag and pay respect to the players he has beaten in battle and receive accolades and tributes for his victory. Which he will have done,many times. But when he uses an alias in game,and he used them often,he can use the land fleet glitch and deny other players a fair match. Regardless of how long the player ban is,the traitors will always be with us.

The crusader knight was adapted from anti American USSR propaganda,the defcon and mushroom cloud came from the internet and I crafted the defcon cross myself and no doubt many will look and see this cross as a symbol of Christian faith,I ask you to put that thought aside,instead I ask you too look again at a symbol of a new faith. A defcon faith. A faith that calls us all to battle to wage nuclear war against each other in game in pursuit of the most kills and the final victory.

Mega stopped playing a while back and whilst working on this art,which literally took me years too do,I often looked back on the great games we played and how mega defended the game again and again. His commitment to fair play speaks volumes to his character. He is honest and true. I remember him here as both a great defcon player and a server admin clothed in immense power. 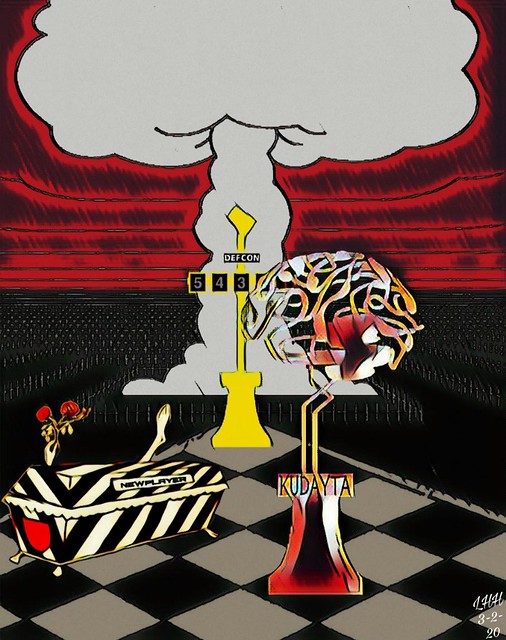 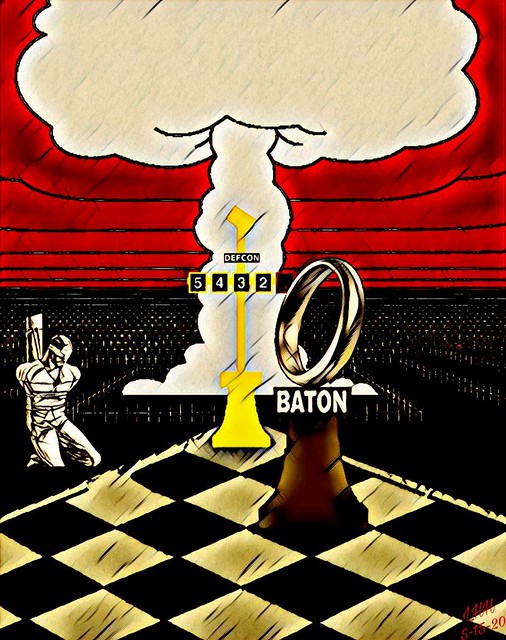 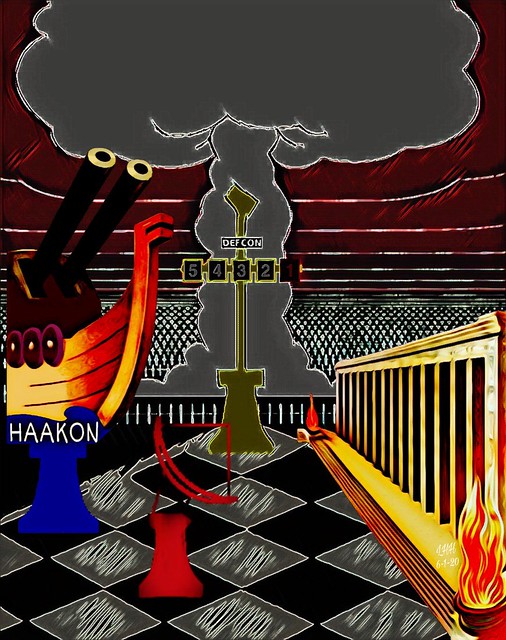 On Sunday Sept 30th 2012, nearly 9 years ago, I first began to post adapted defcon player propaganda. I was asked once if I work every day on the art, Yes I said, I go to it every day. It has required that level of commitment.
That was until issues with my hands. But a break from the computer and from my mobile made things better, and the work was resumed and now it is completed.

My current project for the past 4 years has been defcon player propaganda chess pieces. I adapt all era propaganda found online, and remake it, by removing a certain piece, or then adding to it from other pieces, sometimes creating an entirely new piece of adapted art.

I will artistically express many defcon players entire playing career from there first day to their last, or from one single game or even one very brief moment in a game.
Adding my opinions, my regards, my loves and my criticism of friends and adversaries, into one piece of adapted art, into one chess piece and say; Behold! This is that defcon player!

A while back I watched a game between Brosef and Blue Bomber, as fate would have it, I made a few prototype chess pieces in the very early days, to see if I could even do it and what was involved and I watched just enough of that game, to know Blue Bomber earned a chess piece, though he did not prevail in battle, his whole heart was in it and he risked it all for victory.
I hope he won't mind me including him, and with that he is the last.

So. A beginning a middle and now the end.

And lastly thru it all, many of you have been with me at my side, cheering me on. Thank you. 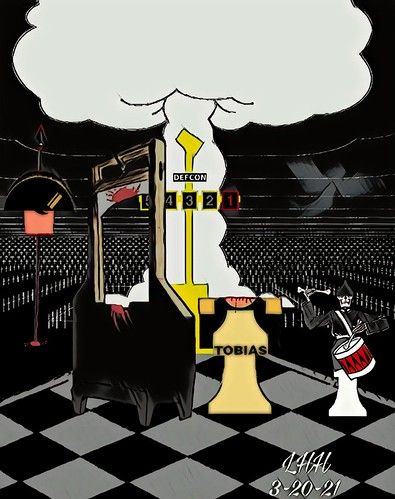 This is true now as when I first wrote it. Defcon allows mistakes, but as long as you are generous and true we can not hurt or ever seriously distress her. Defcon can survive it's fools, it can even survive the ambitious, but it can not survive the traitors.
In my defender of the faith art for Mr.Megadeath, I make reference to a traitor in my comments. As you can see above I now show that traitor. Tobias, his reputation earned on the defcon battlefield and on the forums, with this art I say that for his treason his nickname should meet a traitors end.

I believed in Tobias, that he examplefied all that was good about defcon. Tobias was for honor and tradition and fairplay. We all know that the game has bugs and glitches, and we never use them in game to gain an atvantage over another, we don't take the easy path to victory, to do so goes against tradition. Tobias knew that all too well and still he chose the path of a traitor.
I don't know exactly when Tobias first began using the land fleet glitch to cheat. It would be helpful if he reads this, if he could comment. I am sure his friends like CZA and Kudayta would like to know the moment he became a cheater.

We have the game, we have each other and we have our defcon tradition. For this was true when I first started playing defcon and so it will continue when my time ends, the game will go on and our tradition too.
And so I say to all of YOU, every defcon player MUST be for our defcon tradition or YOU are against it!
There can be no neutrality.
Tradition or Traitor those are your choices. Tobias chose. He chose wrong.

*** I am not expressing or saying that the person that uses the nicknameTobias should be executed or harmed in anyway! And I should note that Tobias gave permission to put his nickname in propaganda, just like many of you. Perhaps Tobias should have withdrawn his permission before he took up cheating.*** 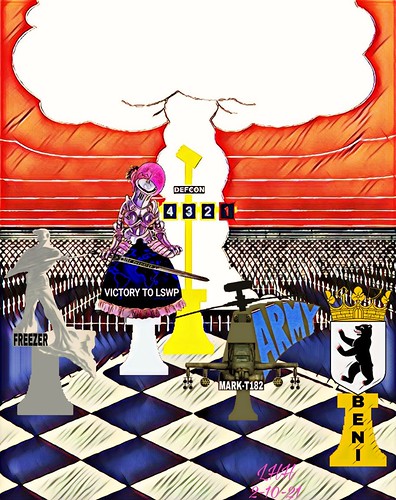 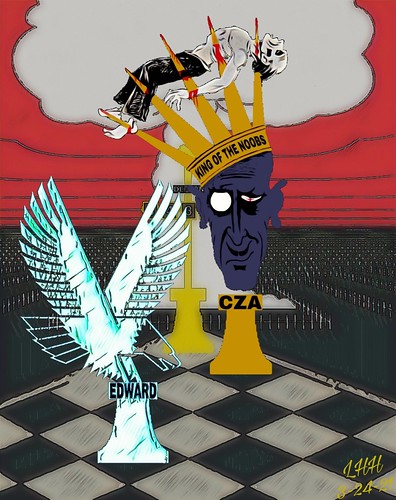 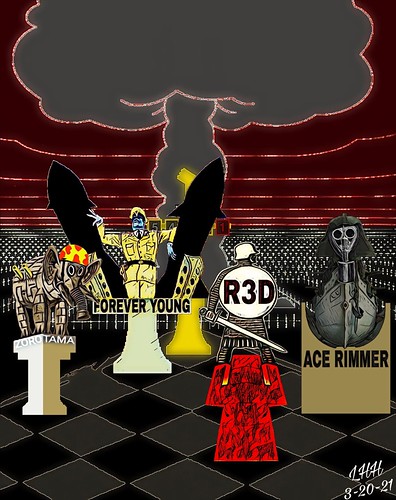 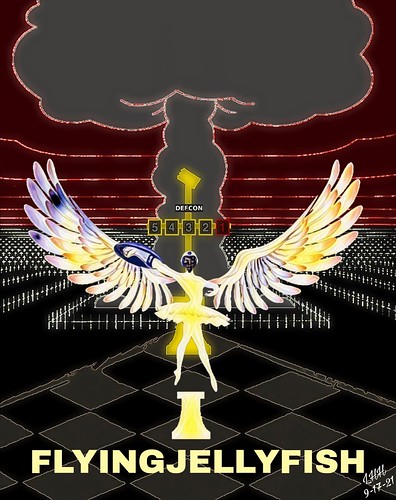 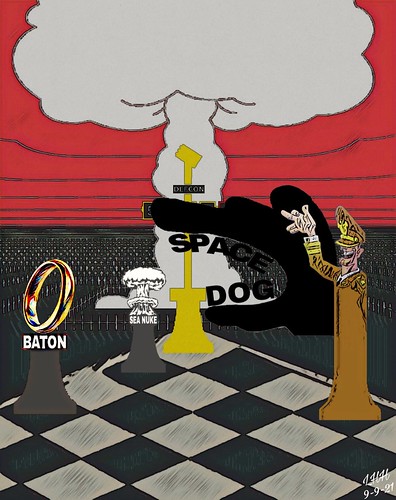 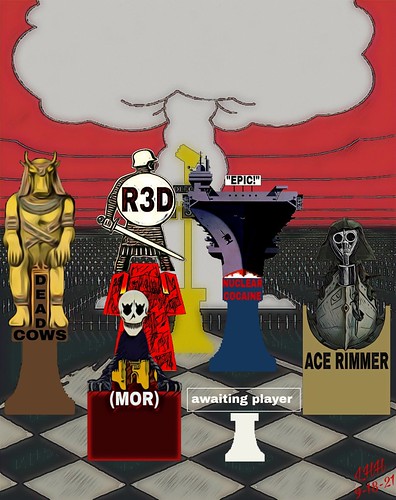