The guy who played DR Strangelove is dead.

The guy who played DR Strangelove is dead.

Dr. Strangelove or: How I Learned to Stop Worrying and Love the Bomb, more commonly known as Dr. Strangelove, is a 1964 political satire black comedy film that satirizes the Cold War fears of a nuclear conflict between the Soviet Union and the United States. The film was directed, produced, and co-written by Stanley Kubrick, Sellers who also had a part in The Optimists of Nine Elms 1973 as Sam

On 21 July 1980 Sellers arrived in London from Geneva. He checked into the Dorchester hotel, before visiting Golders Green Crematorium for the first time to see the location of his parents' ashes.He had plans to attend a reunion dinner with his Goon Show partners Spike Milligan and Harry Secombe, scheduled for the evening of 22 July. On the day of the dinner, Sellers took lunch in his hotel suite and shortly afterwards collapsed from a heart attack. He was taken to the Middlesex Hospital, London, and died just after midnight on 24 July 1980, aged 54. 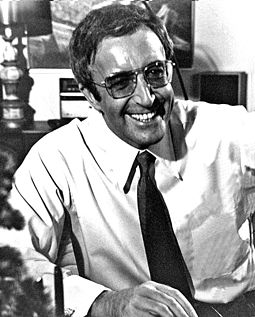